Vitiligo is a common skin disorder in which the pigment producing cells of the skin (melanocytes) are absent or demonstrate a lack of activity. As a result, lighter depigmented patches of skin (vitiliginous lesions) appear in different parts of the body due the lack of melanin (pigment).

The exact cause of vitiligo is unknown, but it is generally recognised that an autoimmune component plays a role in this disease. Between 0.1-2% of the global population is affected by vitiligo impacting all races. Vitiligo causes significant psychological and emotional distress.

Generalised vitiligo (or just ‘vitiligo’, previously referred to as ‘nonsegmental vitiligo’)* is the most common form of the disease, accounting for 72-95% of the cases. The vitiliginous lesions are usually symmetrically distributed and new patches may appear throughout the patient’s life. The disease is progressive with flare-ups. Vitiligo is frequently associated with personal or family history of auto-immunity.

SV is characterised by a unilateral distribution that may totally or partially match a dermatome (area of skin with innervation from a single spinal nerve) and has an earlier onset and a rapid spread. SV occurs in a minority of patients and is thought to be more frequent in pediatric patients; it may account for 30% of childhood cases. Auto-immune association is rare with SV.

The main goal of treating vitiligo is to achieve an arrest of the depigmentation or even arrive at repigmentation of the unpigmented lesions. Many treatment options exist but clinical challenges persist, as not all patients respond to available therapies and relapse is common.

CLINUVEL commenced a pilot Phase II trial of SCENESSE® (afamelanotide 16mg) as a repigmentation therapy in patients with generalised vitiligo in the USA and Europe in the second quarter of 2011. SCENESSE® is being evaluated for its ability to activate melanocytes within the vitiliginous lesions and achieve repigmentation in combination with NB-UVB in patients with vitiligo. The first treatment results from this program, study CUV102, were announced in December 2012. In CUV103, a proof-of-concept study in Singapore, a more pronounced clinically meaningful recurrence of pigmentation for total body and areas of the head and neck was observed. CLINUVEL is currently developing protocols for further evaluation of SCENESSE®. 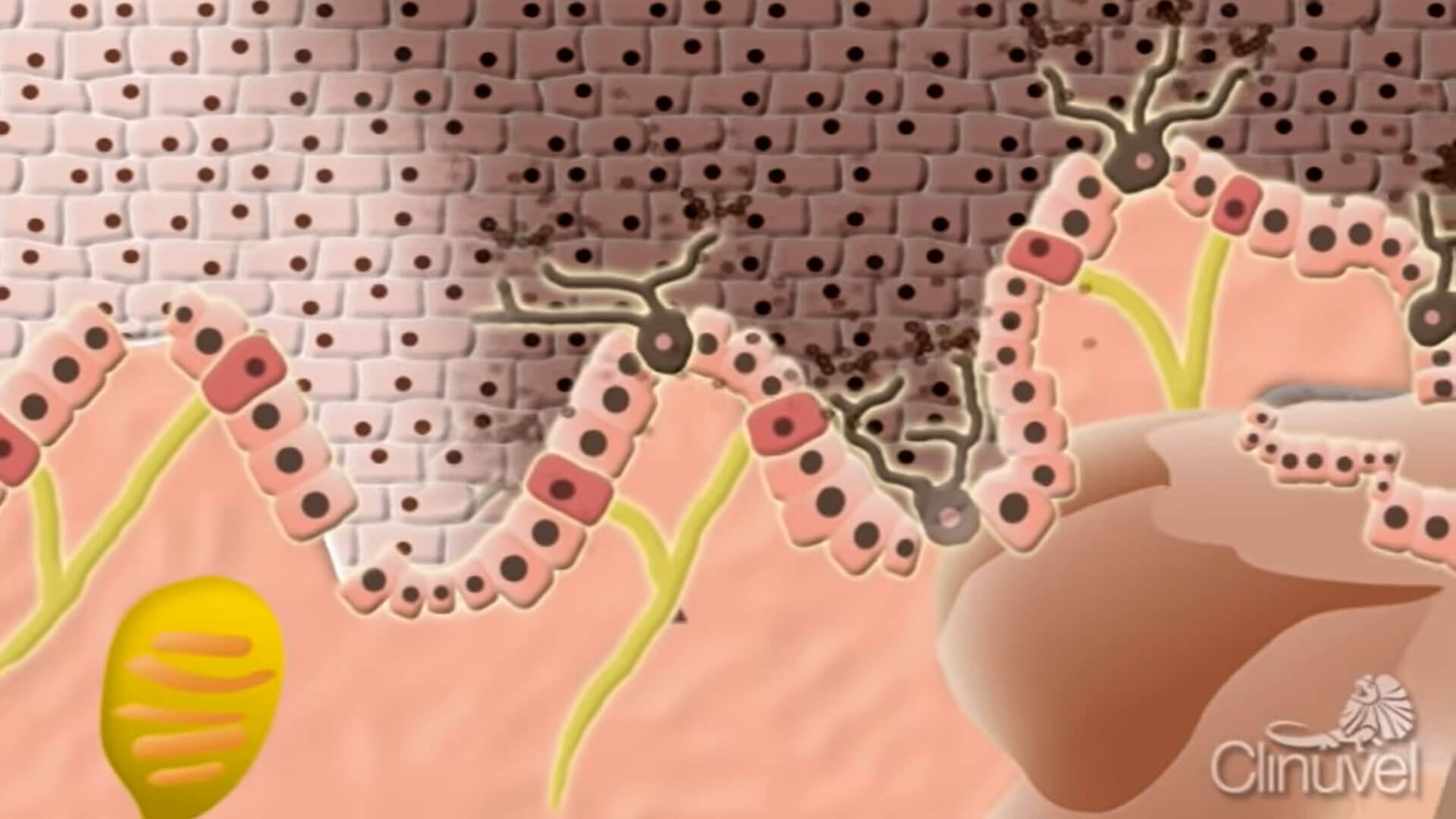 Communiqué III
VITILIGO COMMUNIQUÉ IV: In this Vitiligo Communiqué IV, we expand on the long-term consequences, both physical and psychological, of vitiligo on patients, with a focus on phototypes IV–VI, and attempt to dispel some of the mischaracterisations surrounding vitiligo.
Communiqué IV

CLINUVEL meets the US FDA and global experts to discuss the North American development program for the treatment of vitiligo. Read this announcement.

FDA agrees to Phase II clinical protocol evaluating SCENESSE® (afamelanotide 16mg) as a monotherapy in patients with vitiligo (CUV104 study). The study will commence at a specialist hospital department in the USA. Read the announcement.

CLINUVEL receives positive review from the Institutional Review Board (IRB) to commence the CUV104 study, which will be conducted at a North-American vitiligo expert centre. Read the announcement.

The first vitiligo patient has been enroled in the CUV104 study. Read the announcement.